Today, we are going to discuss ‘How to make Facebook 3d Photo Android or iOS‘ before this discussion lets talk about Facebook. It is one of the most popular and used social networking platforms. Facebook has 2.27 billion active users and they use Facebook as a source of entertainment. They post status, comments, like various links, and also share pictures. This Social Media platform also provides other features such as the users can chat live, watch short-form videos.

Facebook comes with various privacy policies like we can choose our audience who can see our post stories, pictures, etc. Mark Zuckerberg along with Edward Saverin is the creators of Facebook. Both Zuckerberg and Saverin created Facebook in February of 2004, to be used as a school-based social network at Harvard University. Now Facebook is the most popular social network. 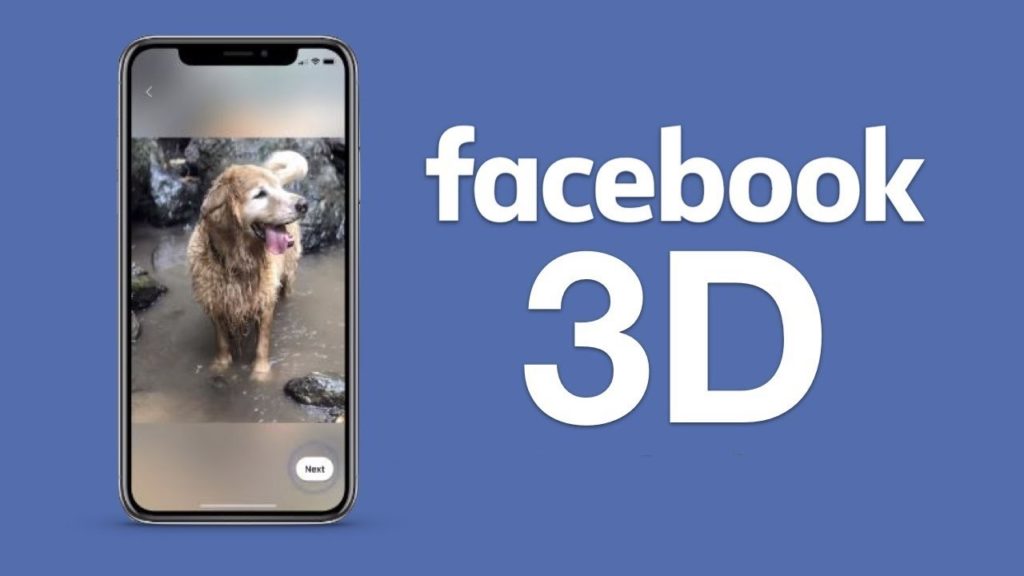 Facebook is user-friendly, even people who are not comfortable using their real identities can post on Facebook being anonymous. Sharing photos is the most used feature of Facebook. People love to share their photographs, some share their thoughts in the form of memes and quotes. We cannot deny the fact that over the time Facebook has become a source of living for people.

There are many people who use Facebook as a business page. They take pictures of their products and post on their pages to display it to the public. We can buy or sell our products with the help of Facebook. This popular social- networking site is also used as a platform to display one’s talent and skills in various fields and none of them is possible without sharing photos or videos.

Sharing photos is always on top of the list of options on Facebook. As people are so fond of sharing their daily-life fun activities on social media; keeping that in mind Facebook announced a new feature for their users, called “3D Photos”. Using the “3D Photo” feature helps you add layers of depth to one’s photos. By hearing the term 3D our brain directly clicks to the three-dimensional space in a geometric setting.

3D images provide depth to one’s picture. 3D images help the user to get involved with the scene of the photograph; in the technical term, it is called virtual reality. Facebook has come up with this feature to make sharing photos more interesting by adding layers of depth to the photographs.

How to make Facebook 3D Photo Android or iOS

3D photos add life, depth, and movement to the scene of a picture. Now all of your newsfeeds are going to be covered up with this amazing feature. Facebook has made sharing photos of fun by giving it life and depth. Although this feature is not available in all devices; Facebook assures that soon everybody will be able to enjoy this feature in their devices. iPhone users can find the “3D Photo” option by clicking on the ellipses. From the list choose the “3D photo” option, which opens your album in portrait mode. You have to select the desired portrait mode and it will be processed when you upload the picture.

By following these points you can make your 3D photo look good and ready to be shared on Facebook. You may not recognize a picture as 3D at first glance. However, you will notice the movements in the picture when you scroll the newsfeed up and down. Slightly tilting your device may help you see more depths of the subject; your subject can be human, animals, or any objects. People who have not seen this feature in their devices yet, Facebook will soon provide this feature for their users; you just have to keep your Facebook application update.

Facebook announced a 3D photo feature in May 2018. At present date, many of us already started rolling out 3D photos in our newsfeeds. Take pictures of your pets, family, friends, or a scenic spot in portrait mode with your dual-lens Smartphone and share it as “3D Photo” on Facebook. Enjoy and have the fun of the 3D photo feature by tilting your device or by scrolling your newsfeed. You can also see your 3D photos in VR using the Oculus Browser or Firefox.

“3D PHOTO” feature is rolling out on Facebook from May 2018. Soon all the users will have this feature in their Facebook list of options. You can share a 3D photo if you have an iPhone with dual cameras. Not only iPhone users but Samsung Galaxy Note 9 users can also share 3D photos.

Facebook will make it possible to share Facebook 3D Photo Android users to use this feature in their devices. The only problems with Android phones are that their dual cameras lack depth map data standard. Sharing 3D photos now is mostly limited to iPhone with dual cameras but we can view 3D photos from other devices. In the future, more phones are expected to support this feature.

We use cookies to ensure that we give you the best experience on our website. If you continue to use this site we will assume that you are happy with it.Ok